We renewed our vows in a record-breaking ceremony on the high seas after only two years of marriage because, well, we could.

Most people don’t renew their vows after only two years. But when you have the chance to break a World Record by doing it, suddenly how long you’ve been married doesn’t really seem to matter. My wife Robin and I got married on March 17, 2018, in Houston, Texas, at The Astorian, a chic venue with an industrial vibe. We had a signature cocktail called the B2 (because I’m Block and she’s Brown), a GIF booth, and food stations with elevated comfort food plated food-festival style. My dad, who’s a rabbi, officiated the ceremony which elicited as many laughs as it did tears. I wore a Monique Lhullier gown. My wife wore a custom Festari tux. And the whole night was beyond magical from the chuppah our friends built for us and covered with fresh blooms to the 1937 Rolls-Royce Phantom named The Empress that we made our getaway in after dashing beneath an arch of sparklers created by our guests. Guests who, by the way, were treated to Whataburger taquitos with custom What-a-Night labels as their party favor and later night snack! So, when Princess Cruises said they were trying to break the Guinness World Record for most vow renewals done at the same time and wanted us to take part, we simply couldn’t resist. So we packed my gown and her tux and set off for L.A. where the cruise to Cabo would begin. We boarded on the 10th and the vow renewal took place the very next day. I spent the morning at the salon getting my hair and makeup done, making the day seem even more like our wedding day.

Then all of the couples participating met in pre-arranged groups to check-in and then were escorted to the deck for the ceremony. We were among 400 other couples on the Royal Princess. There were another 1,043 on Regal Princess and Crown Princess combined for a total of 1,443 couples. Princess is the original Love Boat from the long-beloved series. So, Gavin MacLeod who played Captain Stubing and Jill Whelan, who played his daughter “Vicki” served as officiant and maid of honor respectively on the Regal Princess, while our own ship’s captain officiated at our ceremony.

It was a very sweet ceremony. My wife and I surprised ourselves by both crying. But there was something really touching about the unusual circumstances and all of the people around both renewing their vows as well as watching the spectacle of it all. And then, from the moment the ceremony ended, people kept coming up to us to congratulate us—and even take photos with us. The dress was part of it, I’m sure. Everyone who stopped us commented on it. It was like love and a pretty dress had the magical power of breaking down barriers and bringing people together. I’m not saying homophobes suddenly joined HRC and starting waving rainbow flags. But it did seem like everyone was sweet and kind to us in a way that seemed different from the day before. Like we were tolerated before and suddenly it was something more akin to acceptance. For the rest of the cruise, people kept coming up to us. Another much older lesbian couple even stopped to introduce themselves and then continued to say hello whenever they saw us. And we saw at least two other lesbian couple and one other gay couple. Although I suspect there were even more of us onboard.

The whole experience reminded me again about the power of visibility. I’m not saying we all have to be poster children or that it’s our responsibility to get people to stop hating us. But I am saying that being out and showing our love and the plain old average “normalcy” of that love, the better. It’s a matter of educating people. It’s harder to hate people whose stories you know. On that ship, in that gown, on that day, I was just another bride to them and almost everyone loves a bride. Things are different now that we have marriage equality. Legalization, for better or worse, gives things validity. Our marriages are like everyone else’s now in the eyes of the law and, for some people at least, that too makes it easier for them to see us and our relationships as equal to theirs.

Jenny Block began her career in words teaching college English in Virginia. Before too long, she found herself writing articles and books about everything from art to rock climbing to finding love. After that came radio and television appearances, as well as speaking engagements at universities, at museums, and even on cruise ships. She has traveled the world and has had the pleasure of meeting and working with all kinds of people from all kinds of places doing all kinds of things. That’s when she discovered her magic—bringing out That Unicorn that’s in all of us. Now Jenny spends her time and her words living her truth and sharing her shine, which she does on a lake in Nowhere, Texas with her wife Robin and her Chihuhua-terrier Walter. Jenny Block is the author of Be That Unicorn: Find your Magic, Live your Truth, and Share your Shine. 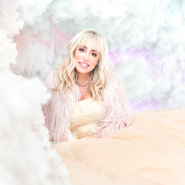