For thrill-seeking queer movie buffs ready to propose to their partners, why not head to where the action is? Universal Studios Florida and Universal’s Islands of Adventure are two action-packed places for an adventurous proposal. Whether it’s something public or you’re seeking a private nook for a moment where it’s just you and your beloved, both Florida theme parks have multiple hot spots for a marriage proposal. To make things even sweeter, their tagline is “love is universal.” Make sure you’ve preplanned by going in a group to distract your intended, and of course take all the photos and videos! Here are our top five that have incredible backdrops and will make your proposal even more memorable:

But first, a necessary caveat: Despite its TERF author who doesn’t deserve to be named, the entire Harry Potter series has been a critical part in the development of community for LGBTQ+ people. We at Equally Wed HQ support the magic of our beloved LGBTQ+ community, and we appreciate Daniel Radcliff’s advice in his blog published on The Trevor Project’s website: “To all the people who now feel that their experience of the books has been tarnished or diminished, I am deeply sorry for the pain [the author’s comments] have caused you. I really hope that you don’t entirely lose what was valuable in these stories to you. If these books taught you that love is the strongest force in the universe, capable of overcoming anything; if they taught you that strength is found in diversity, and that dogmatic ideas of pureness lead to the oppression of vulnerable groups; if you believe that a particular character is trans, nonbinary, or gender fluid, or that they are gay or bisexual; if you found anything in these stories that resonated with you and helped you at any time in your life—then that is between you and the book that you read, and it is sacred. And in my opinion nobody can touch that. It means to you what it means to you and I hope that these comments will not taint that too much.”

1 / Where to propose: Hogwarts School of Witchcraft and Wizardry at Islands of Adventure

There’s an abundance of possible photographable areas, but for the least amount of people in your photos and for it to be quiet enough for your lover to hear you say “Will you marry me?” and equally important, for you to hear their response, consider heading to the left of the castle to the bridge. 2 / Where to propose: Truffula Trees at Islands of Adventure 3 / Where to propose: Springfield, U.S.A. at Universal Studios

Picture this. You buy an enormous Lard Lad Donut, Homer Simpson’s favorite treat, and position yourselves right in front of The Simpsons Ride with Krusty the Clown. You hand the donut to them hold while you reach down to pick something off the ground. As they’re gazing at the glaze, you assume position: on bended knee, ring box extended and a clever quip about giving them a ring they can keep forever. 4 / Where to propose: The Incredible Hulk Coaster at Islands of Adventure
Life is full of twists and turns that sometimes turn everything completely upside down. Wouldn’t a roller coaster that does the same thing be the perfect place to tell your boo that you want to navigate this wild life together? You might have to shout it out or do it just as the ride calms down before arriving at the platform, but find the right time to pop the question and this will a thrill ride you’ll never forget. And be sure to leave the real engagement ring at home, in a park locker or in the safe at your hotel, because you can’t bring anything on the ride, not even your phones. And even if you could, that’s one major investment you don’t want to lose. 5 / Where to propose: Jurassic Park River Adventure or the Raptor Encounter at Islands of Adventure
If screaming out your proposal isn’t your speed, you might prefer asking for their hand in marriage on a raft floating along the river surrounded by dinasours from Jurassic Park. Of course, maybe tie that ring on a string to keep it safe from the giant T. Rex, and be sure to get the proposal all wrapped up before you hit the 85-foot drop at the end. Love Jurassic Park but the 85-foot drop not your speed? We get it. Maybe consider popping the question with Blue behind you at the “Raptor Encounter” experience.

How to plan a fall wedding on a budget 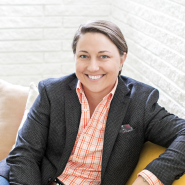 With more than 20 years of experience and the co-founder and creative director of Equally Wed, Equally Wed Pro and Equally Family, Maria (Mo) Palladino (she/they) has been immersed in weddings and events for 13 years, and is internationally recognized for being instrumental in bringing LGBTQ+ weddings to the forefront of the wedding industry. They have been profiled in The New York Times, interviewed by various publications and podcasts such as Atlanta Magazine, The New York Times, AARP, The Wedding Biz and more, and interviewed as an in-studio guest on CNN. With Maria’s design and development, EquallyWed.com was a 2018 Webby Award nominee. They are a sought-after speaker who provides inspiration and education to allies and the LGBTQ+ community alike.