Home > Viewpoints > The Pope Takes a Stand for Gay Rights The Pope Takes a Stand for Gay Rights

It’s a big moment for the LGBT movement around the country and the world. A federal judge has struck down Alaska’s first-in-the-nation ban on same-sex marriage, bringing the total to 30 states and the District of Columbia that have legalized same-sex marriage.

More welcome news is coming out of Rome and the Synod of Bishops, where a new Vatican report says the church should welcome and appreciate gays, and that homosexuals have gifts and qualities to offer to the Christian community.

The world is finally changing its ways on gay rights and it’s about time. Equality for all is here to stay, and it’s only a matter of time before gay marriage is legalized in all 50 states. Educated Americans know that homosexuals are no better or worse than anyone else, and should be left alone to pursue their own version of the American dream. This includes the right to marry.

Unfortunately, the land of the free and the home of the brave has a long history of discrimination that includes blacks, Native Americans and women. Lincoln freed the slaves and it still took another 100+ years for blacks to be treated like equals. For all of our country’s claims of exceptionalism, we have some pretty shoddy history as it relates to human rights. In a so-called Christian nation, we have a funny way of demonstrating Christ-like behavior towards minorities.

The announcement from the Synod of Bishops is a major change to how the church has referenced and treated gays in the past. Who can forget the hate-filled tirades against homosexuals by televangelists like Jerry Falwell and Pat Robertson who have poisoned millions with their messages of discrimination and bigotry? How many gay, lesbian and transgender Americans have committed suicide because of their sermons and broadcasts so full of hatred? How many more are in therapy and gulping anti-depressants because these bullies convinced them they are depraved sinners?

Under Pope Benedict XVI, the church went backwards on equality, doing anything within its power to keep men with deep-seated homosexual tendencies from the priesthood. But it’s a new day under Pope Francis, and it’s a new Catholic Church—a kinder, more welcoming and all inclusive kind of church.

Francis has paved the way for massive change and equality for all. His 2013 statement of “Who am I to judge” when asked about gays in the church, is just one of many ways the Pope is bringing change to the church and ultimately the world. It’s no wonder Pope Francis has an approval rating of 85 percent among American Catholics, and 63 percent among all Americans. Pope Francis is the answer to the church’s prayers, because it’s about time the church thoroughly adjusts its stance on social issues.

Progress is the way of the world. It needs to be embraced and supported at every turn. The Pope has an attitude of ‘onward and upward.’ He clearly knows that things aren’t supposed to remain the same; that progress is the natural order of a healthy, growing society.

Equality and gay rights are here to stay. The bullies and bigots will kick and scream like the small-minded manipulators they are, but it won’t be enough to prevent Americans, and the world, from doing the right thing.

Equally Wed hosts the world’s leading voices, providing commentary and expertise on the most compelling events in gay, lesbian, transgender, bisexual and queer news, from marriage equality and rights to weddings, romance, marriage, parenting. We welcome outside contributions. To submit a piece, email editors@equallywed.com. 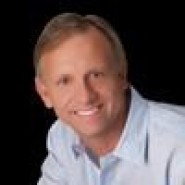