Home > Viewpoints > Dignity and respect for all: marriage equality celebrates five years as a federal right The far-reaching impact of the fight for marriage equality reverberates five years after the U.S. Supreme Court decided the issue

Five years ago today, the U.S. Supreme Court affirmed what LGBTQ+ people have long known: our love for one another is just as deep and enduring as the bonds between straight couples. In Obergefell v. Hodges, the Court did more than just strike down state laws barring same-sex couples from marriage. It also affirmed our humanity. As the Court noted: “It demeans gays and lesbians for the State to lock them out of a central institution of the Nation’s society. Same-sex couples, too, may aspire to the transcendent purposes of marriage and seek fulfillment in its highest meaning.” Undoubtedly, many problems for our community remain. But marriage equality has forever changed the place of LGBTQ people in our society.

For me, June 26, 2015, was the culmination of decades of legal work. As a young lawyer working for the National Center for Lesbian Rights (NCLR), I began my legal career by drafting a friend-of-the-court brief for the Hawaii Supreme Court, explaining why marriage bans discriminated on the basis of sex. The court agreed and in 1996 became the first state supreme court to rule that a marriage ban was unconstitutional. Unfortunately, the decision never went into effect because Hawaii voters promptly amended their state constitution to override it. Over the next five years, I wrote similar briefs for marriage cases in Massachusetts, Connecticut, and Vermont. It was thrilling to be part of such a momentous time in our country’s history and to work on an issue that mattered to so many people.

In 2004 then San Francisco Mayor Gavin Newsom shocked the country by announcing that the City of San Francisco would defy California’s marriage ban and permit same-sex couples to marry. Thousands of couples stood in line for hours outside San Francisco’s City Hall to get marriage licenses, and headlines across the nation celebrated San Francisco’s “Winter of Love.” When the California Supreme Court ruled later that year that the marriages were invalid, the impact on couples who had married was devastating. To this day, many of those couples still carry tremendous trauma and pain from experiencing equality for the first time in their lives, only to have it torn away.

Four years later, I had the privilege of arguing before the California Supreme Court on behalf of same-sex couples seeking the freedom to marry. It was the highlight of my legal career, and I will never forget the terror and joy of that day. I was deeply aware of representing the hopes and dreams of so many people. And I was honored to appear before the only state supreme court to have struck down a law barring interracial marriage before the U.S. Supreme Court invalidated all such laws in 1967.

On May 15, 2008, we won the case and California became the second state to permit same-sex couples to marry. Tragically, California voters enacted Proposition 8 only a few months later, literally amending the equal protection guarantee of the California Constitution in order to strip that freedom away. In the interim, however, thousands of couples married, and this time, the courts upheld the marriages, ruling that they could not be retroactively nullified by Proposition 8.

What happened next was as remarkable as it was unexpected. Rather than dampening the movement for marriage equality, Proposition 8 sparked the biggest pro-LGBTQ movement in history. In addition to LGBTQ+ people standing up for themselves, millions of ordinary Americans began to advocate for their LGBTQ+ family members and friends. Within days, Proposition 8 ignited a massive grassroots movement for the freedom to marry.

That movement gained even more momentum in 2013, when the U.S. Supreme Court struck down the so-called Defense of Marriage Act, a law that prevented the federal government from recognizing same-sex marriages in any way. Over the next few years, marriage equality cases exploded across the country. Along with other attorneys from NCLR, I represented couples seeking the freedom to marry in Alabama, Florida, Idaho, New Mexico, North Dakota, Tennessee, Utah, and Wyoming. In almost every case, we won, increasing the number of states in which same-sex couples could marry by leaps and bounds.

In 2015, the U.S. Supreme Court agreed to resolve this issue for the entire nation. The Court accepted review of four marriage equality cases, including our case from Tennessee. The plaintiffs in these cases painted a vivid picture of the hardships that state marriage bans caused, from the denial of parental rights and spousal benefits to the fear of being separated from a beloved partner in a medical crisis. As the Supreme Court noted in Obergefell, marriage bans consigned “same-sex couples to an instability many opposite-sex couples would deem intolerable in their own lives.”

Personally, my own commitment to marriage had a lot to do with coming out as a transgender man in California in the 1990s. Because I lived in a state that permitted transgender people to change their legal gender, I was able to marry my wife in 2001, long before marriage equality was available to same-sex couples in any state. I was keenly aware of my privilege and, at the same time, overwhelmed by the enormous difference being able to marry made in my life.

Growing up as a queer child in Texas, I never dreamed I would be able to marry. Like many other queer people, I have gone through many different views on marriage, at times feeling crushed by the knowledge that I could never marry, and at other times rejecting marriage as an archaic and even oppressive institution. To this day, I recognize there are merits in both positions. At a minimum, those who choose not to marry deserve the same legal protections and respect as those who do.

But for me, the experience of being married has been life changing. Even after nearly 20 years of marriage to my wife Robin, I treasure the security and stability it has brought to my life, and the relief of knowing that the law must respect our relationship. I love the dailiness of marriage, and the mutual sacrifice, support, and love that marriage entails. The chance to experience that bond has been healing, and I am enormously grateful for the generations of LGBTQ+ people whose courage made our freedom possible.

For the first time in our nation’s history, millions of people have had a chance to see LGBTQ+ people come out and live their true lives.

Marriage equality has been healing for our country as well. For the first time in our nation’s history, millions of people have had a chance to see LGBTQ+ people come out and live their true lives. Predictably, the result has been transformative, as ever greater majorities support LGBTQ+ people and believe they are entitled to equality and respect. Earlier this month, the U.S. Supreme Court issued another landmark opinion in Bostock v. Clayton County, ruling that LGBT workers have nationwide protection under a federal law that prohibits workplace discrimination based on sex. It is impossible to imagine that decision without the enormous social change that has taken place since Obergefell was decided.

In 1996, when the Hawaii Supreme Court issued its historic decision, same-sex couples could not marry anywhere in the world. Today, they can marry in 29 countries, and more than a million LGBTQ+ people have married in the United States alone. The magnitude of that change is impossible to measure, but its message is clear. As we mark this historic pride at another momentous time in our nation’s history, when the continuing impact of inequality is so brutally plain, let us remember the power of our collective voices and our responsibility to ensure that every person has a chance to live with dignity and respect.

As legal director of the National Center for Lesbian Rights, Shannon Minter leads the legal team for Born Perfect, a survivor-led national movement working to outlaw conversion therapy and end the harm it does to LGBTQ youth and their families. Learn more at bornperfect.org.

All Black Lives Matter: the intersectionality of the Black wedding industry and the LGBTQ+ community 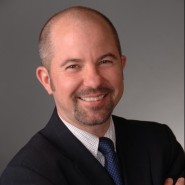 As legal director of the National Center for Lesbian Rights, Shannon Minter leads the legal team for Born Perfect, a survivor-led national movement working to outlaw conversion therapy and end the harm it does to LGBTQ youth and their families. Learn more at bornperfect.org.