A federal judge has struck down the ban on marriage for same-sex couples in Idaho! Same-sex couples are celebrating in Idaho with the exceptional victory as U.S. Magistrate Judge Candy Dale, a federal judge in Idaho, ruled in favor of the freedom to marry, striking down the state’s discriminatory constitutional amendment that bans same-sex couples from marriage. Adam Polaski writes for Freedom to Marry, “The ruling is the 16th consecutive victory in state and federal court for the freedom to marry since the U.S. Supreme Court’s ruling in Windsor v. United States in June 2013. The ruling is the 12th win in federal court for marriage since June.

“The ruling is set to take effect on Friday, May 16 unless the appellate court grants a stay in the ruling. Today, the Governor of Idaho preemptively filed a request for a stay.

The decision was filed in Latta v. Otter, a federal case filed by the National Center for Lesbian Rights last fall that seeks the freedom to marry and respect for marriages legally performed in other states. It comes just a few days after a May 5 hearing in the case, where Judge Dale heard arguments on the plaintiffs’ motion for summary judgment.”

“Today’s ruling from the federal court in Idaho is the latest in more than a dozen rulings unanimously holding marriage discrimination unconstitutional,” says Freedom to Marry founder and president Evan Wolfson. “From Idaho to Arkansas, Utah to Michigan, the courts are affirming that there is no good reason for government to deny marriage to committed couples. As gay couples and their families begin to share in the joy and security of the freedom to marry, hearts and minds are opening, discrimination’s barriers are falling, and we’re moving our country to the right side of history. As the federal appellate courts now take up these marriage cases, America is ready for the freedom to marry.

“Judges have struck down marriage bans now in 6 states in the past few months: Utah, Oklahoma, Virginia, Texas, Oklahoma, Arkansas, and now Idaho. More limited decisions in favor of the freedom to marry have been handed down in Kentucky, Indiana, Tennessee, and Ohio.” 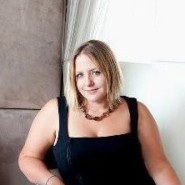