“In the midst of all the uproar surrounding the recently passed bill . . . I am getting married to my love tomorrow IN Indiana, legally. I like to keep things in perspective and balanced. Yes, there is more work to do. Much work has been done. Love always wins, it just does,” said Jenna in response to the Facebook uproar of LGBTQ allies.

RFRA was a slap in the face, the government endorsing Indiana citizens wearing their discrimination on the outside. The law was clearly anti-gay, and we awaited the announcements of intolerant business owners who would deny services to LGBTQ customers. I wondered how Jenna could remain so calm.

That Saturday, March 28, 2015, Rebeka and Jenna’s wedding was a beautiful affirmation of the commitment they have kept for nearly two decades. It was hosted at Unity of Bloomington, the church where Rebeka sings and Jenna supports congregants as a post-services prayer chaplain. The couple and their children are well-loved fixtures of the community, so it was no surprise to find the blue chapel chairs filled with regular Unity attendees. The brides stood up front in black dresses. Rebeka’s flowed in long-cut layers. Jenna’s was form-fitting lace. They faced one another as Reverend Lauri Boyd requested from us that we uplift Rebeka and Jenna in their union. My sons sat with the couple’s youngest in the front row. The three boys frequently hugged each other, their legs kicking with excitement. When it was time for the brides to speak their vows to one another, the boys held still and silent, their bodies angled forward in rapt attention.

It later occurred to me that this is the first wedding my sons will remember. I already had tears in my eyes from the beauty of the moment the pair kissed—their union finally recognized by friends and country—but the tears refreshed with the hope that my children might grow up free from the constraints of the traditional family model. Instead of gender, they will see love as the requisite for marriage. It had taken an enormous amount of conscious undoing on my own part to not see a same-sex union as odd. I was gratified when Rebeka and Jenna’s invitation arrived; my instant response was a celebratory yes, but I’d had to unlearn a number of assumptions given to me in childhood to reach that open-hearted space. Just days after they married, Indiana passed an amendment to RFRA. It lists sexual orientation and gender identity (among others) as protected classes. What this means is RFRA cannot be used to validate discrimination against the LGBTQ community. (Here, The Washington Post breaks that whole thing down easy for us.) Jenna posted a photo of herself with Rebeka from their wedding. “Love always wins,” I thought. “It just does.” Juice Cleansing Before the Wedding 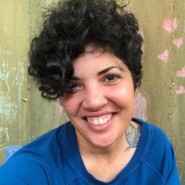 Shawna Ayoub Ainslie is a private writing instructor and coach specializing in writing through trauma. Her work addresses race, place, and surviving violence. Her work has most recently appeared in Art Saves Lives International, wherever, and Medium.